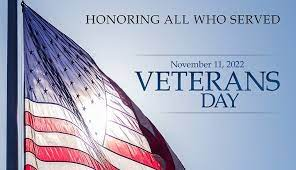 In 2011, amateur photographer Frank Glick was on his way to work early one morning when he drove through Fort Snelling National Cemetery in Minnesota. He spotted a bald eagle through the mist, perched on a gravestone, and snapped a few shots with his ever-present Nikon camera.

Since Mr. Glick first posted this picture online, tens of millions of people have been moved by this hauntingly beautiful image of one of our nation’s treasured symbols standing guard over the men and women who served to protect her. It never fails to stir my heart. 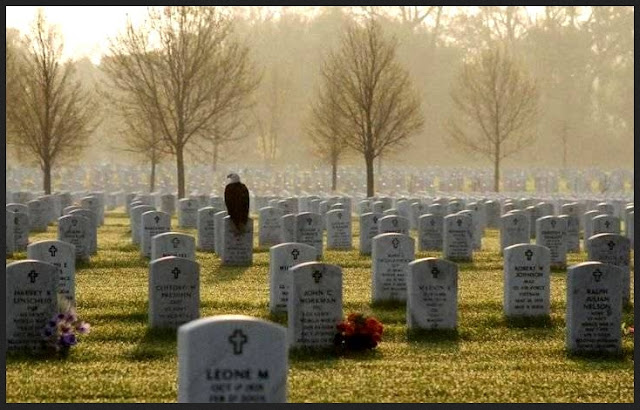 Over the past 246 years, millions of Americans have raised their right hand and taken a solemn oath to defend our nation “against all enemies, foreign and domestic.” They have donned a uniform and honorably served our nation as members of the United States Army, Navy, Marine Corps, Air Force, National Guard, and Coast Guard. During peacetime and in war, our veterans have made incredible sacrifices to preserve our country’s security and way of life.

With this in mind, it is appropriate to take a few days off from the seemingly unending skirmishes related to our nation’s current political issues—which serve to divide Americans—and instead, reflect on the meaning and importance of Veteran’s Day as a means to unite us.

I want to express my gratitude to the millions of men and women who have served our great nation as members of the Armed Services. I am honored to be one of them, having served as an artillery officer in the United States Marine Corps from 1983 to 1993.

As I tell people every year, the Marine Corps did far more for me than I ever did for it. Serving in the Corps transformed me from an immature, irresponsible 22-year-old boy to a confident, self-disciplined, and capable man. I honestly would not be the person I am today without experiencing the challenges, adversity, and daily lessons of leadership I learned as a Marine.

As the Bible says, “As iron sharpens iron, so one man sharpens another.” I entered the Marines “dull” and ten years later came through much less so (there is always sharpening to do). I owe whatever success I have achieved to the many men who honed my character and leadership on a daily basis.

Veterans Day is a day to celebrate those who are currently serving or those who have served and come home, for the millions of men and women across America who have hung up their uniforms and are now woven into the fabric of our society. Folks who now serve their communities in a wide range of professions - as doctors, pastors, lawyers, commercial pilots, police officers, firefighters, data processors, construction workers, business owners, retail workers, teachers, and  general laborers, as well as being parents, grandparents, brothers, sisters, and friends.

This week, we should also hold in our hearts the many soldiers, marines, sailors, and airmen who are keeping us safe today. They are stationed in bases and outposts throughout the United States and around the world. We especially pray for those in harm’s way. May they be safe until the day they are able to finally return to those they love.

Like millions of other Americans across this nation, the students and staff of Bixby Schools will spend time this week celebrating our veterans and the sacrifices they have made for our country.  We have so much for which to be proud as Americans and this is in large part to the incredible service of these veterans throughout our history.

If you are a veteran and would enjoy attending one of our school events this week, below is a list of opportunities. Please feel free to contact the school site with any questions.

To my fellow veterans - thank you for your service to our nation. I hope you have a wonderful week!