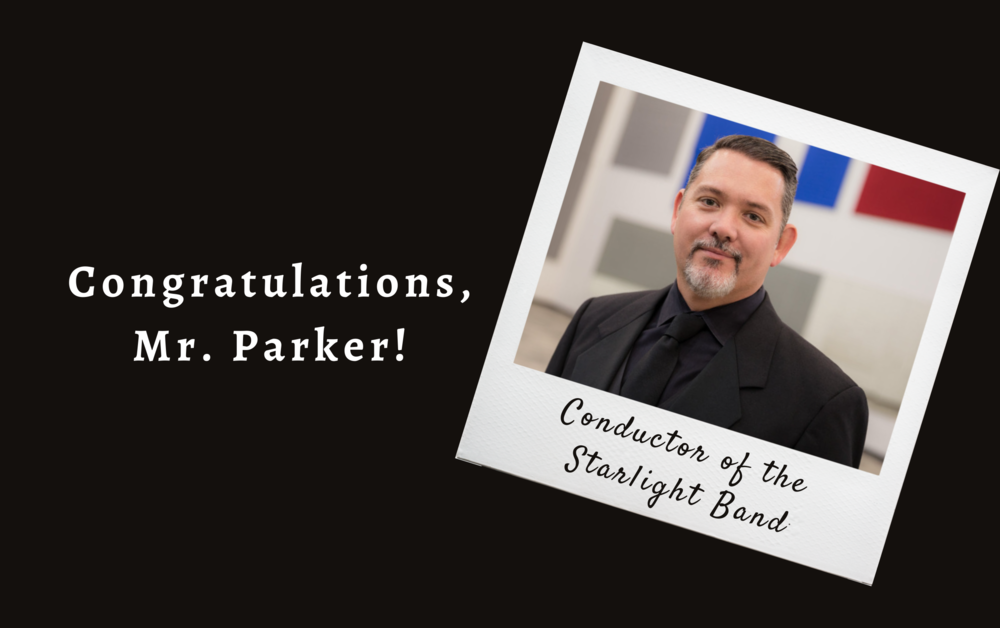 The Friends of Starlight is delighted to announce the selection of Jeremy Parker as the new Conductor of the Starlight Band.

Mr. Parker was selected following a rigorous process that included interviews with the Selection Committee and board, the submission of a sample concert program, an audition concert, and feedback from the Starlight musicians and Starlight Staff.

“Starlight audiences came out in historic numbers this summer to enjoy Tulsa’s beloved Starlight Band in a diverse and entertaining audition season.” says Kim Koch, Chairman of the Board of Friends of Starlight. “The board is thrilled with the selection process and we warmly welcome Jeremy Parker to the long line of revered conductors who have led from the Starlight podium.”

Jeremy W. Parker is the Director of Bands and Coordinator of Instrumental Music at Bixby Public Schools, conductor of the High School Wind Ensemble and the director of the award winning “Pride of Bixby” Marching Band. He also plays trombone professionally in the Tulsa area and is a member of the Starlight Concert Band and Starlight Jazz Orchestra. Mr. Parker is on the board of directors for the Zephyrus Arts Institute and conductor of the South City Winds Community Band. He has also served as Producer of the nationally syndicated radio program Wind and Rhythm since 2018.

Since 1947, Starlight Band has provided free concert band music to live audiences. This Tulsa tradition continues on Tuesday evenings during the summer, in a beautiful, relaxed environment under the stars at the Guthrie Green in downtown Tulsa. Starlight Band concerts are well known for providing music that appeals to all audiences. The more than 50 musicians in the Starlight Band and Jazz Orchestra include players from the Signature Symphony, Tulsa Symphony Orchestra, the Bartlesville Symphony, and music educators from area schools and universities, both active and retired.